The First Karachi Literature Festival (KLF) was held in March 2010. Inspired by the success of the first two KLFs (2010 and 2011), the Children’s Literature Festival (CLF) was launched at the end of 2011. Thus the momentum that began in Pakistan with KLF leading, also saw the Islamabad Literature Festival (ILF) being launched in 2013, further followed by the Teachers’ Literature Festival in 2014, and many others following their example. This momentum reflects the depth of Pakistan’s literary and cultural roots, and the desire and energy to celebrate the pursuit of knowledge, understanding, and creativity. In celebration of Pakistan’s 70th birthday, and for the first time, KLF was held outside Pakistan, in London, in May 2017 at the Southbank Centre as part of the Alchemy Festival, in partnership with Oxford University Press Pakistan, the Southbank Centre, Rukhsana Ahmed, and Bloombsbury Pakistan (whose KLF London team were Nadir Cheema, Nigham Shahid and Tariq Suleman).

KLF seeks to create an intellectual space in which the diversity and pluralism in Pakistan’s society and this is expressed by the authors from literary and cultural traditions beyond Pakistan’s borders are freely accessible to people in an open and participatory manner. 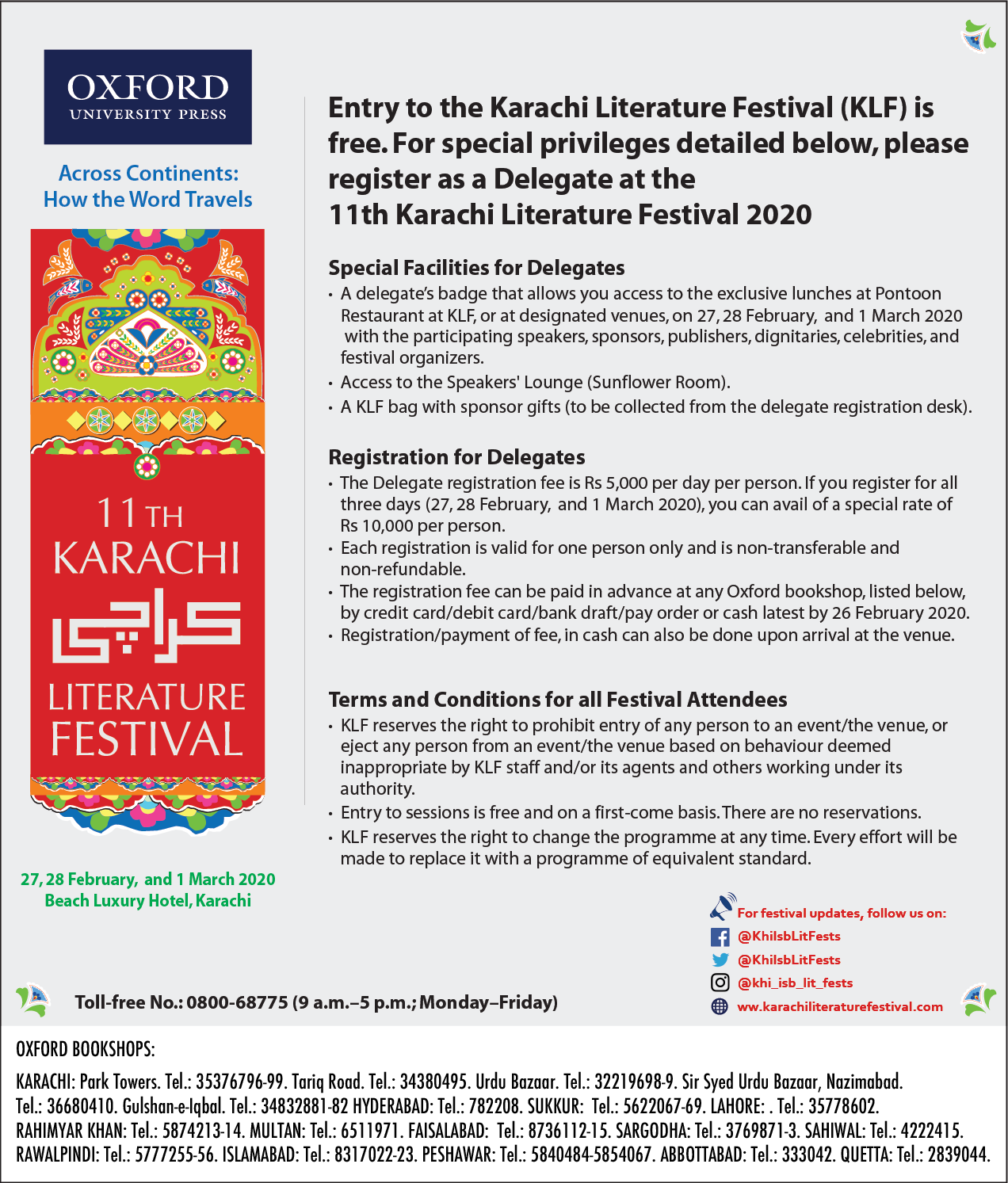