Karachi Literature Festival (KLF), the first and by far the foremost literature festival in the country, needs no introduction. It has become an integral part of the social and intellectual calendar of this city and, indeed, of the country. More than 200,000 people attended the festival last year. And many times that number viewed it, or read about it, or heard about it from friends and on the media.

From its first iteration in March 2010, KLF has garnered enormous interest and debate in the media and among the literary and intellectual communities in the country. It has since become a much-awaited annual event and a landmark in the cultural history of Karachi. It is one of the very few events in the country that has received such local and international acclaim.

The tenth edition of KLF will take place on 1, 2, and 3 March 2019 at the Beach Luxury Hotel in Karachi. This ‘Event of the Decade’ is being organized by Oxford University Press (OUP) with support from several sponsors.

The aims of KLF are to develop interaction between writers, intellectuals, and artists within Pakistan and across borders, cultures, and languages, and to nurture and promote books and the habit of reading. It provides a unique opportunity to put Pakistan on the map as a country rich in culture, creativity, and exchange of ideas and opinions. KLF brings together and celebrates Pakistani and international authors writing in many languages, including Urdu, Sindhi, Punjabi, Pashto, Balochi, English, German, Italian, and French. It features debates/discussions; talks; mushairas (poetry recitals) in Urdu, English and Sindhi; a book fair; book launches, readings and signings; dastangoi (story-telling); film screenings; music, dance, theatrical performances; and much more. 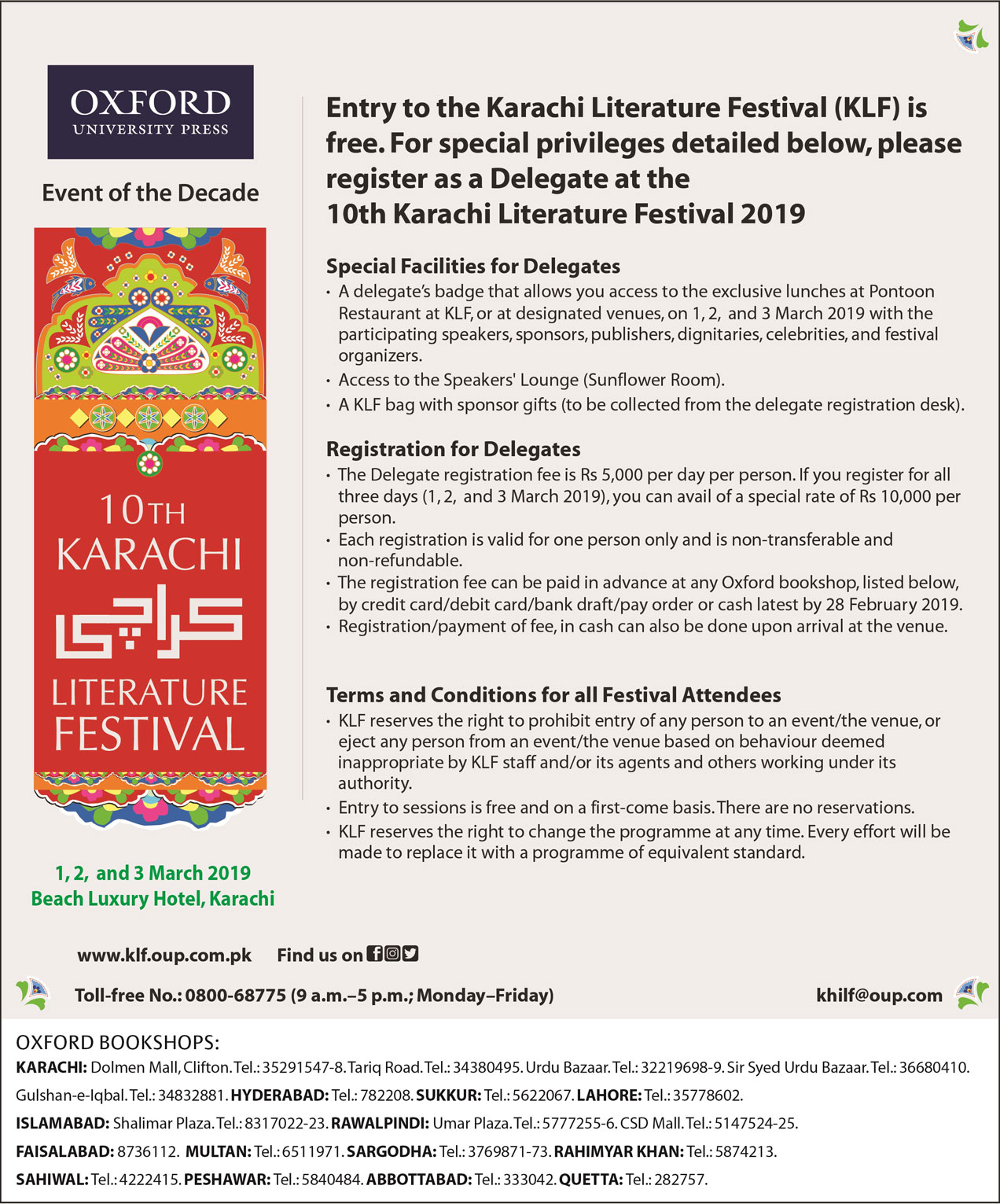